These are among the common core beliefs and underlying assumptions that generate problems with social anxiety, shame and depression among lesbian, gay, bi or trans (LGBT*) individuals in the coming out process. (*This is often referred to as LGBTQ, with Q standing for questioning and/or queer.)  It is easy to see how young people who sense they are different in some socially unacceptable way could come to learn some of these self-destructive core beliefs. Young people who are lesbian, gay, bi, trans or questioning are especially vulnerable to this dynamic of social unacceptability and the unhealthy core beliefs, social anxiety, shame and depression that often develop as a result. 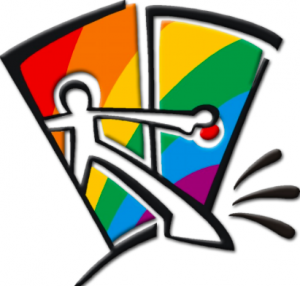 Although things have improved dramatically during recent years, peer and societal condemnation remains especially harsh–often cruel–for a great many LGBT youth. Depending on one’s social, religious and family upbringing, LGBT youth are often still hearing repeated messages from many sources that they are sick, sinful, disgusting and should not exist. Many who cannot hide their differences or who out themselves or are outed by others become the target of harassment, bullying, rejection, ostracism and violence, resulting in a disproportionately high rate of suicide attempts among lesbian, gay, bi, trans or questioning youth.

Fortunately, many who do come out as lesbian, gay, bi or trans are increasingly met with support and acceptance from some family members, some friends, and some school and religious leaders. Sadly, this support is still often absent for LGBT  youth whose parents, peers, school and religious leaders are frequently non-accepting–and often harshly condemning–of homosexuality and gender non-nonconformity. Even when coming out is met with positive reactions, repeated condemning messages from other persons and institutions often instill unhealthy core beliefs that make LGBT youth especially prone to social anxiety, shame and depression.

Coming out (to ourselves and to others) requires a changing of unhealthy core beliefs so that we can develop a greater sense of self-acceptance and emotional resilience in the face of potential condemnation and rejection. But even after coming out, many LGBT persons retain the sense of being negatively different–not quite right or acceptable in some ways–even among other lesbian, gay, bi and trans people.

Cognitive-behavioral therapy (CBT) can help lesbian, gay, bi, trans or questioning individuals develop strategies and skills to identify, test and change these destructive core beliefs and underlying assumptions. In CBT, you learn to replace these unhealthy ways of thinking with self-affirming beliefs that enable you to be more comfortable and open when interacting with others, and more resilient when those interactions do not go so well.