One of the most quickly growing areas of clinical research and treatment implementation is for people who are considered to be overcontrolled. What does being overcontrolled mean, and what does it have to do with feeling socially anxious? The concept of self-control refers to the ability to inhibit problematic behaviors. This is generally accepted by our society as a positive thing to have! It is true that to an extent, being overcontrolled can be very adaptive and helpful. Overcontrol is associated with the ability to delay gratification, follow rules, and valuing accuracy and fairness. However, when these traits are very pronounced and overemphasized, they can become problematic and affect our mental health. It’s like having too much of a good thing.

Social and emotional impact of overcontrol

There are common difficulties with people who have maladaptive levels of overcontrol. The first is low receptivity and openness. This can result in avoidance (a hallmark of anxiety disorders) and an aversion to having new or novel experiences. Also, there tends to be a strong need for order, structure, and rules. There is a focus on right and wrong, which we know is not conducive for more flexible thinking (which is important for decreasing anxiety symptoms). The third feature is reduced emotional expression and emotional awareness. This means that people who are maladaptively overcontrolled may not display emotions that one would expect (having a flat face when someone tells a joke), making it difficult for others to feel connected to them. The final trait that tends to cause difficulties for people is feeling a lack of closeness to others, and/or feeling different from other people. Loneliness and isolation are often experiences of those who are overcontrolled.

Given these features, it is not uncommon for people with chronic social anxiety to also be overcontrolled. The reliance on emotional and situational avoidance makes it difficult for people to learn new things (challenging their social anxiety) and feel connected to others. Their difficulty in successfully social signaling to others often results in them being disliked or rejected (a self fulfilling prophecy). People who are more overcontrolled also tend to engage frequently in social comparisons, which is also frequently observed in the socially anxious population.

Learning to open up and connect 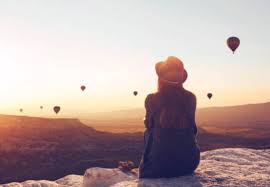 The most effective treatment for disorders of overcontrol (which include chronic depression, treatment resistant anxiety, obsessive compulsive personality disorder, and anorexia nervosa) is called Radically Open Dialectical Behavior Therapy. It is a skills-based protocol to help people struggling with overcontrol to be more open to experiences, and more emotionally expressive in order to connect with others in a more meaningful way. We are a social species, and when we feel disconnected from others, this impacts our mental health. RO-DBT is conducted both individually and in thirty-week classes. For more information, check out www.radicallyopen.net.

#6 of the 30 Best Social Anxiety Blogs