Toddlerhood is defined as the age range from 12 to 36 months. During this period, a child’s emotional and cognitive development grows by leaps and bounds, as do their social skills. This also coincides with the time when children are likely to go into a daycare environment or head off to preschool. As they engage more often with other children and adults, it may also be the stage when a toddler’s social fears begin to emerge.
Just as with adults, some children are comfortable with social interactions while others may not be. Each group of kids will have the social butterfly as well as the “shy” child who quietly observes and doesn’t interact as much. It is one thing to be shy, however, and another to be intensely fearful and anxious in a social setting. Because we know it can show up early in life, a toddler who shows such strong reactions in a social environment is often regarded as having social anxiety.

What causes social anxiety in toddlers?

We aren’t really sure what causes social anxiety in toddlers. Genetics likely plays a role, since it contributes to a child’s temperament and personality. We also know that some genetic traits can influence certain mental health conditions.
A toddler’s environment could also predispose them to social anxiety. For a young child who already has a higher genetic risk, living with trauma or a severe parenting style may be enough to initiate social anxiety.
Social anxiety may also be learned from a parent, according to a 2006 study by de Rosnay, et al. Their research focused on indirect expressions of a mother’s social anxiety on their infant. The results showed that, “compared to their responses following their mothers interacting normally with a stranger, following a socially anxious mother-stranger interaction, infants were significantly more fearful and avoidant with the stranger. Infant-stranger avoidance was further modified by infant temperament; high fear infants were more avoidant in the socially anxious condition than low-fear infants.” 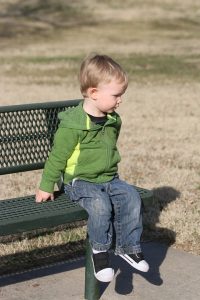 Is social anxiety a form of autism?

Studies have shown that social anxiety is not a form of autism, although the two have overlapping indicators, such as separation anxiety and avoiding eye contact. In fact, not only are they two distinct disorders, but the symptoms and diagnostic criteria for each are vastly different.
As the name implies, social anxiety is driven by anxiety. A child who has social anxiety will function within the parameters of their level of unease. For instance, they may simply keep to themselves, avoid other children, or might talk too quietly. Some kids may not talk at all.
On the other hand, a child with autism spectrum disorder doesn’t behave based on their anxiety level. Instead, this child has trouble understanding social cues and the nuances of communication. They might speak too loudly, may push their way into a group of children, or might misinterpret facial expressions or gestures. 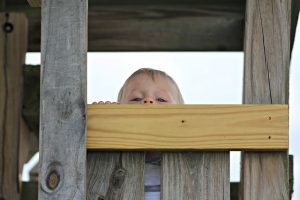 Does my kid have social anxiety?

Children who have social anxiety may be branded as difficult kids because their anxiety can show up in forms other than just in social interactions.
Toddlers with social anxiety often show certain signs, such as: 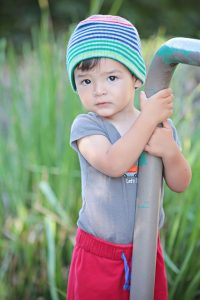 How to help a child with social anxiety

At home, parents can demonstrate healthy social interactions when their child is with them, so the toddler learns not to be so fearful.
They can also rehearse a new situation with their child before it comes up. For example, a toddler who will be going to daycare for the first time might role-play some of the things they’ll do while they are there. Practicing certain aspects of the day or even dropping by the daycare a couple of times before officially attending can ease fears because the daycare will already be familiar. It would also be helpful to let the teachers or caregivers know about your child’s fears, so they can help build confidence.

Other supportive methods include: