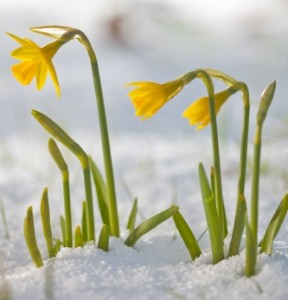 College should be a time of self-discovery and exploration. For me it was in some ways. It was an intellectual journey that I enjoyed immensely. I learned a lot about what I did and didn’t want to do with my life. I enjoyed spending time with my core group of friends. But on one major front I missed out. Socially and romantically I wasn’t feeling very fulfilled. All of my friends were straight and I am gay. Though I had no trouble coming out of the closet to my very accepting family, I feared rejection by other gay men both socially and romantically so I actively avoided making friends with other gay men, much less attempting to get involved romantically with anyone while I was experiencing the first step of adulthood.

Even when I did go to events that were gay-focused or where I knew there would be other gay men, I actively avoided engaging with them. I didn’t have this problem with other straight people I knew. I feared that gay men—even if I weren’t romantically interested in them—would reject me for doing something that would set me apart, make me less gay. To me, every time I thought of engaging with a gay man it was like my gay credentials were being judged. Did I fit in? Was I gay enough? If I was romantically interested in another man, I would fear that I would say something stupid or shut down because I just knew I “wasn’t good enough.”

By the time I graduated, it became apparent that I had to do something. A future outside of a community I wanted to be a part of and without romantic relationships seemed bleak. The CBT therapy group helped me in many ways. Most importantly, it helped me realize how ridiculous my fears were. At the same time that it helped me realize that rejection was a normal part of social—and particularly romantic—interactions, it helped me to realize that the chances of anyone rejecting me in the spectacularly mean and public manner I imagined was unlikely ever to happen. Outside of high school and Mean Girls people don’t tend to be so cruel. This is not to say that realizing this automatically made me stop having negative thoughts about rejection. It helped my put them in perspective though. And just in case, it helped me to develop strategies if the “dreaded event” did end up happening.

Working with others suffering from similar anxiety was also useful. It provided chances to role-play feared situations and ways of dealing with them and sometimes it was extra useful when someone else in the group articulated a fear or feeling that you had always felt but had been unable to put into words. This process was integral to developing effective strategies to counter negative thoughts and overcome fears.

Since participating in the group, I have put the skills I have learned there to use. I have expanded my circle of gay friends, and I tend not to view going to gay events with so much apprehension. I also started dating and found an amazing boyfriend. But this really is a life’s work. Though my general anxiety level in groups of gay men is significantly reduced, every once in a while my old thoughts pop up again. When they do, though, I simply turn to some of the strategies I learned in the CBT group. Armed with them, I don’t just get through these social situations, I’ve actually started to enjoy them.

Do you have a personal story of learning to overcome your social anxiety you wish to share?

You may put your story in writing, audio recording, or video. Discuss any of the following: how social anxiety affected your life; what you learned in therapy that was most helpful for you in lessening your social anxiety; how your life has changed as a result of your work.