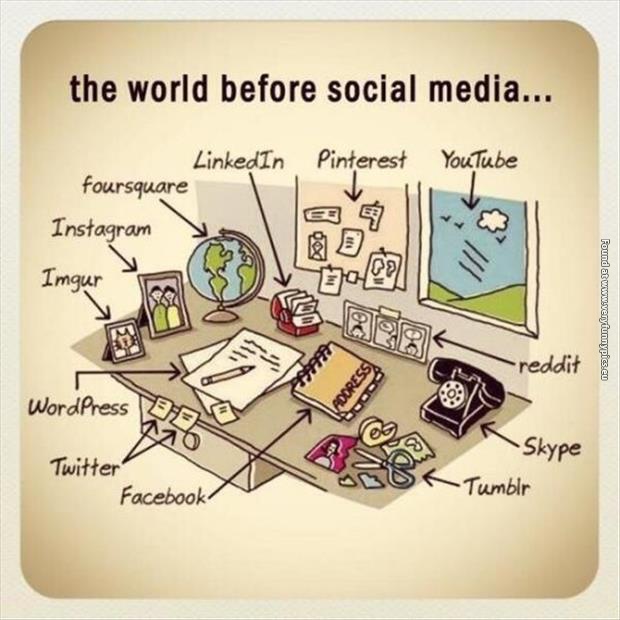 Social Media and the Evolution of Social Interactions

If there is one thing the 21st century has brought more of into our lives, it is the enterprise known as “social media”. From things like Facebook to Twitter, or more picture oriented apps such as Instagram, the way people interact with each other has changed and evolved in ways our grandparents and even our parents could never have imagined in their youth. In years gone by, social interactions revolved around face-to-face interactions, although letter writing could also be a means of communication as well. The telephone has allowed one not see the face of the person one is talking to; yet it was still in “real-time” and needed social awareness to navigate.

With the arrival of the cellphone being accessible and standard fair for even younger and younger populations, real-time interactions have become a thing of the past. Research (Lee-Won, Herzog, Park, 2015 ) has shown that one of the main reasons why texting and other forms of social media are preferable, especially in the case of those struggling with social anxiety, to real-time interactions is that the awkward nature of a conversation in-person is replaced with the quickly sent text, which can be edited and manipulated before it is sent, thus allowing more control over the interaction than is possible in real-time social situations. Now, one hardly ever sees young people (and not so young people) using their cellphones for calls. Text messaging became the preferred means of communication. However, even texting is being replaced by other elec-tronic means, such as the ever popular “Snapchat” where pictures are sent instead of lines of text.

For those struggling with social anxiety, some researchers see social media as a means of allowing said individuals to have a medium for social engagement.

The first category is beliefs about social situations in which unrealistic goals, expectations for social performance, poor social self-efficacy, and dysfunctional beliefs about the probability and cost of behaving poorly affect social interactions on every level. In an online environment, since conversation is not in real-time in most cases, the person struggling with social anxiety has time to create and tailor a self-image in whatever form they choose. Expectations for social performance can make real-time interaction tedious for the person suffering with social anxiety. But in an online discussion, those expectations can be met in a way not possible offline.

Hofmann’s second category talked about how those who suffer with social anxiety have beliefs about the negative self-perception, rumination, and a heightened self-focused attention. In an online environment, a person with social anxiety has time to process how they want to present what they say. In real-time, navigating the intricacies of social interaction sometimes does not give the same amount of time to process how one wants to present oneself. Because those suffering with social anxiety reflect on past perceived mistakes within conversation, the online and social media platform allows careful presentation of conversation, making ruminating more difficult for some persons.  (Others, however, ruminate about how many likes their posts receive compared to others, or about how quickly or slowly people respond to their messages, or whether they get a response at all!)

The third category is the use of social media by those struggling with social anxiety. It provides a compensatory effect in that social media is used as a way to avoid real-time interactions with people. Research (Koo, Woo,Yang, Kwon, 2015) suggests that those engaging in online social behavior see higher well-being when they also demonstrate offline social behaviors. In essence, social media and internet use, combined with motivation to avoid real-time interactions, is associated with higher social anxiety. 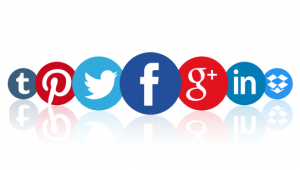 Altogether this means that the use of online social media motivated by the avoidance of real-time social engagement does not modify the tendency for automatic vigilance and reactivity to perceived threats to self-image that those struggling with social anxiety face. The internet and social media allow for the modification and manipulation of social interactions, thereby allowing for an “ideal self” to be presented to others. This discrepancy between the actual-self that does not get to be modified before being presented in a social situation, and the “ideal-self” that can be modified before presentation could lead to deterioration in well-being. There is also the consideration that the interaction seen in social media may be devalued since it is perceived by other users to be based on exaggerated and deceptive online self-presentation.

The overall conclusion is that social media use by those struggling with social anxiety as an alternative to face-to-face communication results in poorer well-being and lower self-confidence if it is not coupled with real time interaction. Cognitive-behavioral therapy (CBT) is empirically proven to support positive well-being and increase self-confidence for those struggling with real time interaction and social anxiety.