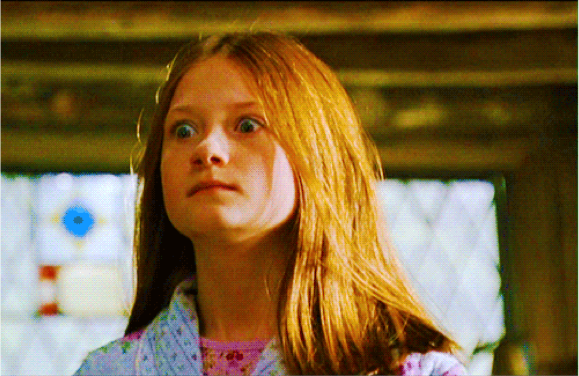 School refusal behavior is one of the most common childhood problems (Kearney, 2008). Too many absences in elementary school can delay necessary skills for friendships and academic success. Some students struggle with poor attendance year after year, resulting in inadequate preparation for the demands of middle school. Due to excessive absences, they miss opportunities to develop skills in social, emotional, behavioral and academic areas, and eventually they trail behind their peers. In high school, excessive absences can lead to long-term academic failure, social isolation, conflict at home, school dropouts, and even occupational problems and marital problems in adulthood. Thus, excessive absences may be a warning sign of a current or future crisis in a student’s life, including the ability to complete school.

Today’s blog is focused on school refusal, which generally refers to anxiety-based absenteeism (Kearney, 2007). Researchers in anxiety have learned that focusing on the outward behavior alone does not lead to fruitful interventions. Now they are studying how a student may benefit from the absence, or what is the function of the behavior, in order to better understand why the avoidant behavior is so persistent.

The first three functions are associated with anxiety. The student’s anxiety reaction for all three functions is considered by adults (and often the student) to be unrealistic, unreasonable, or excessive in response to the situation.

1. Getting Attention:
Staying at home with the parents’ knowledge, with the result of gaining more time and attention from parents. This includes separation anxiety.

2. Avoiding the anxiety provoked by a school-related problem:
Distress over something about the physical setting of the school, such as a fire-alarm, a classroom animal, the school bus, overcrowding, excessive noise, or even the design of the school. One student had difficulty entering a new school in a new state because it reminded him of the school at Sandy Hook, despite never attending that school. Students with difficulties during transitions may have anxiety over the frequent changes required in schools. In some cases, a child can identify what stressor causes her to miss school, but not always. This anxiety occurs more often in children ages 5 to 10 than with adolescents, but includes any youth who is particularly upset about something related to school (Kearney, 2007).

3. Avoiding school due to social anxiety or performance anxiety:
Students with social/performance anxiety worry about what others think, are concerned about how they will be judged, and fear humiliation. They may have intense anticipatory anxiety about giving speeches, taking tests, or participating in sports (Wimmer, 2010).

4. Getting tangible rewards:
Staying away from school to spend time doing something the student prefers instead of school (truancy- such as hanging out with friends).

In a recent study, anxiety-related school absences were found to be highest among students with social anxiety. Students with social anxiety who have excessive school absences will be the focus of the remainder of this article. Below is a table from one of Kearney’s publications showing the difference between school refusal associated with anxiety disorders and truancy.

• Severe emotional distress about attending school
• Parents know about the child’s absences
• Child doesn’t have significant antisocial behaviors
• During school hours, child usually stays home in the safe environment
• Child is willing to do schoolwork and completes work at home

Social Anxiety in Children and Adolescents

Social anxiety is the third most common mental health problem in adults. About 5.5% of adolescents ages 13-18 have been diagnosed with social anxiety, which may be an underestimate given that adult prevalence is about 6.8%. Furthermore, the 2015 Child Mind Institute Children’s Mental Health Report stated that 80% of children and adolescents with an anxiety disorder do NOT receive treatment. Since so few children get treatment, the following statistics from the Anxiety and Depression Association of America are not surprising:

• 36% of people with social anxiety disorder report experiencing symptoms for 10 or more years before seeking help.
• The typical age of onset of social anxiety is 13 years old, but children younger than 8 or 9 can also suffer.

Symptoms may be so extreme that they disrupt daily life. Students with social anxiety may receive less attention than other students. Some of the symptoms of social anxiety at school allow the child or adolescent to become almost invisible: 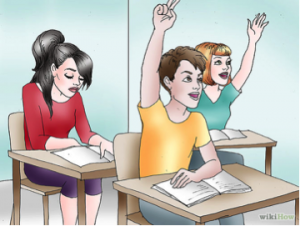 • speaks so softly the student cannot be heard
• reluctant to give a presentation to the class
• overuse of the restroom during the class period (too often, or stays too long)
• avoids using the restroom at school altogether
• overuse of the nurse (tries to leave school early due to various physical complaints)
• stomachaches, headaches, fatigue, difficulty sleeping
• avoids talking to the counselor about problems the counselor can help solve:
– with the teacher, a schedule, or a classmate
– even if separated from all acquaintances because of a new schedule
– even if bullied
• symptoms such as heart racing, sweating, shaking. May also have panic attacks 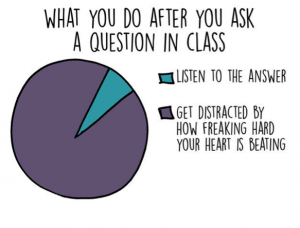 • rarely interacts with other students, appears to have no friends, or is overly dependent on one friend
• makes little or no eye contact with others in the hallway or in class
• does not participate in class
• few interactions with others, may play alone at recess, or remain on the edge of a group
• may eat alone in the cafeteria, or spend lunch period in the library on a computer
• may avoid eating in front of others
• avoids walking in crowded hallways, taking longer routes, arriving late to class 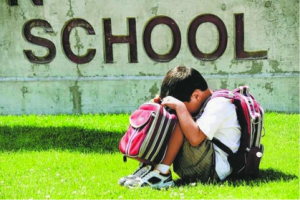 • avoids tardies to class by skipping class altogether
• unwilling to ride the school bus without a friend because the student does not know anyone, or has unrealistic fears of possible bullies
• has assertiveness skills and uses them with family members, but is too petrified to remember to use them in public
• a cycle of little or no speaking in social situations, followed by low confidence about speaking in social situations due to lack of experience. May also have selective mutism.
• Has no network of “study buddies.” Whereas most students rely on this school survival skill, and acquire the phone number of at least one classmate to text if he/she has questions about homework or s/he forgot a book, this student almost always works alone. 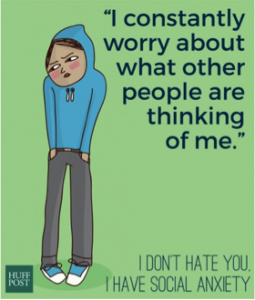 In summary, school refusal is complex, and caused by different problems for different students. School refusal is frequently connected to various types of anxiety. Students with social anxiety are especially at risk for school refusal. Please join us for Part 2 of School Refusal and Social Anxiety (coming soon) to learn when school refusal is a crisis, and what parents and teachers can do.